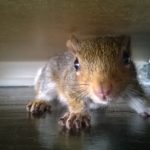 On the 24th of February 2017 The Guardian newspaper published an article by Patrick Barkham announcing a volunteer drive by the Wildlife Trusts aiming to recruit 5000 volunteers, whose duties would include trapping and bludgeoning to death grey squirrels https://www.theguardian.com/environment/2017/feb/24/red-squirrels-5000-volunteers-sought-to-save-species-and-help-kill-invasive-greys (accessed 28/03/2017, also available in screenshot format).

This provoked a strong reaction in the following forms:

The reaction was acknowledged as a “public outcry” by The Times newspaper, in an article published on the 17th of March 2017 http://www.thetimes.co.uk/article/public-outcry-at-grey-squirrel-massacre-planned-by-charity-vwvbkdcq3 (accessed 28/03/2017, also available in screenshot format).

In an interesting interlinking development, both the The Daily Mail  and The Times published articles describing the initiative by Prince Charles to facilitate the development of GonaCon, synthetic immune-contraception that could drastically lower grey squirrel numbers http://www.dailymail.co.uk/news/article-4256138/Charles-backs-bid-secretly-sterilise-grey-squirrels.html and http://www.thetimes.co.uk/edition/news/prince-of-wales-backs-mass-sterilisation-of-grey-squirrels-ncgstkh28 (accessed 28/03/2017, also available in screenshot format).

GonaCon features in the Forestry Commission’s Plan of Action in relation to grey squirrels https://www.forestry.gov.uk/pdf/Grey-squirrels-policy-and-action-plan.pdf/$FILE/Grey-squirrels-policy-and-action-plan.pdf, (downloaded from the website 28/03/2017, the website last updated 24/03/2017). APHA, the Defra department responsible for the development of the drug, refused to comment when approached by Urban Squirrels, but a freedom of information request can be sent to them if necessary. 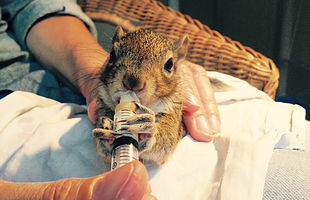